On my recent work-outing-meets-jolly (heavy on the latter – due to the heat wave, you understand) one of my only non-business related plans was to visit the V&A and see the Bowie exhibition. As I was to meet my cousin after she finished work and as I totally misread the V&A’s proximity to Covent Garden, I was planning with precision my timings, to see said exhibition and totter down to said cousin for agreed time. 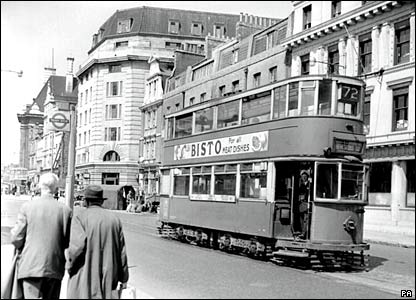 With this in mind, I spent a blissful day alone in wonderful summertime-London, reacquainting with the pleasure that is photography, reconnecting with the city’s utterly beautiful Vintage store and reexamining my decision to stop living there over a decade ago (I’m sorry Dublin – I don’t mean it. I fell in love with you all over again this past week when you offered dancing on your streets, heaving banter from your beer gardens, declarations of love from random strangers, laughter billowing from outdoor gigs and general breathtaking encounters throughout your beautiful self. It was just the jet-lag that made my head hazy me over there, I’m sure of it).

My day began with a stroll from the Kings Cross home that my pal The Enlightened Giggler, had kindly let me stay as her guest. Guided by her generous temporary city-guide boyfriend, I rambled down the canal bank with its charming collection of boat homes and eclectic collection of owners, to the buzz of Camden Market. Here, coffee, chats and exploring ensued before realising the store I circled Camden for 6 times was in fact definitely gone, at which time I took myself off to continue the rare commitment-free day off in London Town. Visiting Shoreditch Highstreet, Brick Lane and Spitalfields I thoroughly enjoying every single minute and basked in the naughtiness of this ‘because-I-feel-like-it’, self-indulgent day.

With an eye on the clock, I hot-footed it back on the tube (just such a fresh way to get around on a 30 degree day) and made my way to Kensington Highstreet where I followed the tunnel marked ‘Museums’ and tried to control the involuntary skip that had weaved itself into my general demeanor. By the time I got to the ticket desk I was positively blooming with self-satisfaction from my excellently executed, utterly fabulous London adventure. I queued within the velvet rope, quite unaware of the approximately 500 signs all around me declaring ‘David Bowie is’ SOLD OUT today. Sold out? Sold out? This was simply not in my plan. Upon eavesdropping on the conversation ahead of me it became apparent that no one else would get in until ‘tomorrow morning soonest’, at which time I would be back on the Ryanair express, Dublin-bound.

Deflated, I took myself off to make the most of the beautiful museum, only to look up and see the 80’s Fashion Club to Catwalk exhibition that I believed hadn’t started yet, open and full of people. Yeow! With the skip making an unashamed reappearance it was to the entrance I darted where I was met with two extremely civilized individuals, accepting equally civilized cards and allowing all card-holders in behind their velvet rope. On my passing over my £5 fee I was left with my hand and currency hanging mid-air and advised that this was a preview for members only and my money (which, judging from their reaction, they absolutely believed to be a bribe) was no good here. Crestfallen, I frantically explained that I wouldn’t be in London tomorrow and I really, really wanted to see the exhibition and I had hardly believed my luck when I saw it and, and, and… pleeeeease. During this time someone that can only be described as a too-much-time-on-her-hands-condicending-witchappeared behind me and told them to ‘muck ha proooove it’ by showing my flight ticket. This has nothing to do with the story and she had nothing to do with the exhibition or museum but I mention her to show how someone with nothing better to do in life can totally wreck your buzz of an otherwise total great day. Suffice to say I ignored her. Also suffice to say I spent the next 2 hours in the glorious surroundings of this wonderful 80s fashion exhibition. I could tell you how but… you know how that goes.

And so to the experience, ah the utterly fulfilling, transporting, inspiring experience. When first reading that this exhibition was coming up in the V&A I was sure that I had it the wrong way around – ‘Catwalk to Club’ surely? However, upon absorbing myself in each of the designers stories and reading about their influences, there is not doubt about what was shaping what – it was club kids setting the bar for designers, many of whom cut their teeth creating their own pieces to impress, shock and titilate at their particular night venue of choice. And what choice! Having thought I experienced hedonism in London’s 90s, the exhibition and later research have taught me that we were only poor imitations of what went before. Nowhere more was this apparent than Jeffery Hiton’s film made up of personal footage and donated stills, presented staggered on multiple screens which gave us captivated viewers privileged and seemingly unadulterated access insight into the theatre of the 80s London club scene.

I also considered Katharine Hamnett’s influence when I viewed up-close those iconic slogan-tees that spurred a zillion copies. So familiar to anyone that grew up in the 80s, her words were worn with pride and attitude by every pop star or activist worth their salt. The original (and probably most iconic) of the tees was that implored the generation ‘Choose Life’ . Of course the slogan tee remains a staple today – when we were wearing them as crop tops with our parallels in the ’90s they said more about our misplaced self-awareness (Babe! Hot! Lover! ) – but perhaps high street designers should be rethinking the piece’s beauty; as Ms Hamnett herself reminds us ‘slogan t-shirts are still powerful – you can’t not read them, they stay in your head’. Indeed…. a very good reason to consider what ‘Nerd’ emblazoned across your chest is actually saying.

John Galliano and his experimental cutting is presented and celebrated. He said himself that he spent hours studying the historical dress collection at the V&A for inspiration and actually, when you see the two collections under one roof, you can appreciate his passion and interpretation. Nearby Vivienne Westwood, evidentially a huge influence throughout the 80s and its many faces, is celebrated through her collaborations. Later her famous Pirate Collection is given focus but it is her small quote near the entrance that she is ‘a great believer in copying’ that leaves its greatest impression of me. How many current designers would be brave or bold enough to acknowledge their influences and celebrate the borrowing of styles as she has? It dilutes in no way her originality but rather gives credit to bygone creatives vision. To me she is utterly fascinating anyway and should I ever choose a show to sit front row it would be hers. If there was one influencer from the entire exhibition that I could go back to the 80s with? Leigh Bowery, and to one of his outrageous, elaborate clubs: “Dress as though your life depends on it or don’t bother…” bold statement but how fun to live by! 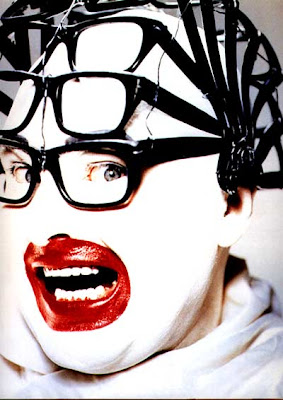 There are so many narratives throughout this exhibition that to go in to them all would take an eternity, but for those that insist the 80s was the decade that fashion forgot, they surely put no weight on creativity as style. For those that want to remember, learn and absorb in the many sartorial approaches that made the decade unique, I suggest that you fill your boots at the V&A: anarchy; androgyny, denim, body con, rave, new romantic, punk, fetish, glam, customisation … can we claim such diversity in this decade?

Club to Catwalk: London fashion in the 80s is at the Victoria & Albert Museum, London SW7 until 16 February 2014