I don’t recall when I first became enamoured with Vintage clothing. Of course I always loved anything old, anything with a history. Even better if it was sparkly. But when I discovered ‘Vintage’?  I’m not sure. I just know that it is an enduring love. I also know when this love was cemented.

My brother, The Enquiring Barista, is 10 years older than me … quite an age gap when you’re 4 as you can imagine. Nonetheless, I vividly remember hanging out with him quite a bit in my formative years. My mum says she would observe from an upstairs window as he and his big group of tall gangly teenage friends would shuffle down the street to one of their respective homes, a little red curly head housed on one of  their shoulders. I think this amused my mother no end as, like many teenage boys, family interaction wasn’t generally his idea of fun.

I didn’t think this set up was the least bit unusual, I just thought I was one of the gang I’m sure. The truth is I was probably a bit of a novelty. My two older sisters were closer to his own age and, for now, I was the youngest in the house. I also think that the fact my hair wouldn’t grow any way but upwards meant he could happily pretend I was his much wished for little brother. I distinctly remember getting told quite regularly that I was a ‘good boy’ when I did something that met his approval. This was always delivered with a glint in his eye and followed by a particularly wicked laugh.

One memory I have of this time is being brought along to his friend Muck’s house where, on entry, all the lads thudded up a stairs to what I could only decipher as a den. A real DEN! Just like I’d seen in the movies. One by one they all dropped their bodies onto various pieces of furniture like they owned the place. It became clear to me very quickly that I was privy to somewhere not many other little siblings got to hang out. And definitely no parents. The excitement! I can’t remember anything about what they actually did there which probably means it was just the regular slagging of each other and sometimes getting me to call their English friend ‘Blue Shirt’. I loved when they got me to do this because the little comedian in me was convinced it was my own impressive humour that was earning such laughs and delight. Of course I had absolutely no idea what I was talking about.

The other memory that sticks in my mind is being allowed to sit with them around the dining room table (this makes us sound terribly grand which I can assure you we were not. My only thought on this is that my Nana – a veritable Mrs. Bouquet – christened our kitchen table this and it stuck) as they all played cards until late in the evening. I even remember my mum going to bed before me so I really was ‘one of the gang’. In fairness they were all actually very sweet to me. Through their roars of accusations they took great time and effort in teaching me a new game they were playing called Switch. To this day, I challenge anyone to beat me at it. They had created a little shark; a highly competitive ‘PICK. UP. TWOOOOOOO’ shouting shark.

It wasn’t long before I was going out hanging around with my own group of friends and the older gangly neighbourhood boys had moved on … as had my brother. He was living in various flats between Ranelagh and Leeson St and involved in much more exciting things than hanging out playing cards with his little sister. At least I thought he was. Perhaps they were all just in one of those flats playing Switch. When I was 14, full of my own importance and totally obsessed with my friends,  he was off to Australia ‘for a while’. A while turned into a good while – he has lived in Melbourne ever since. 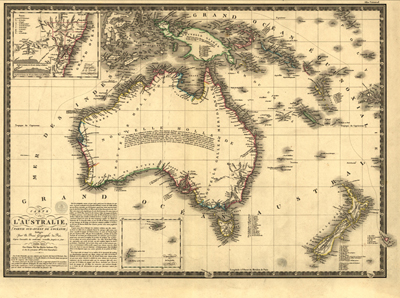 Although we’d talk on the phone sometimes and I’d see him when he’d come home, The Enquiring Barista became more like a much-referenced character. My own school friends thought myself and my oldest friend had made him up. When he returned for First Born Sister’s wedding one of her friends greeted him with ‘NO WAY! I never knew knew you existed!’. I’m sure that did wonders for his ego.

In 2006, when setting off on a Round-The-World trip, I was excited that I would finally get to see where my brother lived. I really wanted to bring him something but, as I wasn’t really sure what he was in to, had some issues trying to find a present for him. After a month in India I was struck with the most genius idea: a Cricket Bat! After a trip on the back of a motorbike through the craziest roads I’ve ever witnessed, by a nice but odd Indian man that agreed to bring me to what was apparently Rishikesh Cricket Central, I found myself face to face with 12 Indian cricket enthusiasts, 25 spectator children and a very old and confused looking lady, monitoring me from a back room. All eyes were on me and my little blue legs as I moved from bat to bat, nodding, pursing my lips, giving the odd swing here (the equivalent of tyre-kicking if you will), look of approval there, all the time making elaborate ‘mental notes’. Finally I gave in and addressed my still-captivated crowd in sign language: ‘I don’t have a clue’ was the gist of it. Much laughter ensued and I was given exactly 37 pieces of advice before I completed the purchase and took my life in my hands on the return bike journey with one arm now otherwise engaged. A few days later I got stopped in Delhi airport as I tried to board the international flight with a ‘weapon’. After an incredibly intimidating encounter with three terrifying Indian policemen I got the message. Thankfully we found a way around it and I was able to check the bat in as luggage. I had a month in China before I got to Melbourne during which time the bat continued to bring me much attention and difficulty. On arrival I discovered my brother’s sport is Aussie Rules.

And so for the next few months I lived with my brother and my sister-in-law, during which time they spoilt me like an only child. We drank lots of bubbly, went to bizarre night-spots, spent weekends at the footie (by now I was also a fan – Go Dees!) and I got fed EXTREMELY well. When I would get a job that I didn’t really like they would order me to go in and quit the next day! When I took up tap-dancing they didn’t mock too much. When I came home with even more shopping, they assured me it was the right decision to make. Well they did live just by Brunswick St so really it was kind of their fault… Everything I pursued was encouraged greatly.

What struck me most about spending time with my brother was how alike we were. This was apparent nowhere more than by his choice of city. All of my friends that had spent time in Australia before me had based themselves in Sydney and raved about Bondi with all its offerings. Although I wanted to see it I was always going to go to Melbourne because this is where The Enquiring Barista lived. By residing here, he acquainted me with one of my favorite cities in the world. He showed me her many secret and wonderful offerings. The cool café culture, the eclectic restaurants,  the celebrated street art, the ‘down the lane and behind the bins’ bars, the quirky nightlife and the joy of Grand Final weekend. And then there was the Vintage …  oh boy does Melbourne do Vintage well. If I could have built my own city this would have been it. And my brother had been living here all these years. 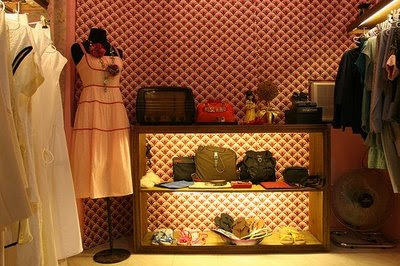 I lost days upon days wandering the city and her suburbs discovering Vintage stores, the likes of which I had never seen before. I met the stores’ owners and encountered the most incredible passion. I witnessed ladies dressed in exquisite finery, matt-red lips and laced head-pieces, listening to old jazz records whilst pottering around their charm-brimming shops, apparently leading incredibly wonderful, romantic lives. Above all else, I realised that a career relating to Vintage fashion was not only possible, it was positively advisable.

And so that older brother, that once encouraged my then toddler little sister to flush my Jason Donovan tape down the toilet, actually became one of the greatest encouragers of my life passion (that’s Vintage, not Jason Donovan). Said sister is heading off to Oz herself in the coming weeks. Perhaps some of her own passions will be sealed while over there. Or perhaps she’ll just spend her time getting teased by The Enquiring Barista. Either way, I wouldn’t mind it being my turn again…